“We couldn’t imagine life without each other”

Fostering wasn’t something I had ever thought about. Back in 2014, my husband David spoke about wanting to foster. In all honesty, the thought of it worried me. We were not long married and I had very little experience of dealing with children for any length of time. We decided that for us the first step would be to have our own child and our son was born in early 2016. After about six months, David brought up the subject of fostering again. After a LOT of research and trying different agencies, we eventually settled on TACT as they were the only ones that didn’t have a problem with us having an infant of our own. Our fostering journey was now underway.

Our first placement was two brothers aged five and two. They arrived at our house with their social worker in the evening. This was it. The last year of training had led us to this point. While we were waiting for dinner to arrive, we did a tour of the house. They seemed excited with their room but remained quite reserved. After having dinner and putting the boys to bed, David and I decided just to go to bed too. We thought we would get an early night but we hardly slept! Every creak, every whisper, every movement – we heard it all. As the days went by it got easier and we were relaxed enough to get to sleep.

Our first placement was a huge learning experience. The five-year-old settled in really quickly and made friends at school easily. He was quite sociable with kids but we noticed he would become withdrawn when adults would speak to him. The two-year-old was really outgoing but had very limited speech. It was obvious that he didn’t follow any kind of routine. Both boys were great to be around but at the start they didn’t have any bond with each other – it felt like we were caring for two separate children. They would happily play with our son but would rarely play with each other.

The placement lasted for three months and by the end of it they had both changed a lot. Having been around different members of our family, the five-year-old had become much more comfortable interacting with adults and the two-year-old was developing well and began to hit his milestones. Not only did they develop a good bond with us, they also bonded with each other. When the decision was made for them to move on with their birth family, they were separated as they had different fathers. David and I fought hard to keep the siblings together, especially since they had formed that bond with each other, but on this occasion it was not to be.

We now look after three siblings, who have been with us just over two years. The children had experienced trauma before arriving with us. We felt that the eldest had been their primary caregiver. He looked tired, like he had the weight of the world on his shoulders at just eight years old. It was lovely, though, when we saw small glimmers of their personalities coming through.

We went into lockdown not long after they arrived. For us this was the best thing that could have happened. Due to the restrictions, we spent all of our time with each other and it meant that we could quickly get to know each other. During these months, the kids had to work through a lot of personal issues and are continuing to show great progress. Our bond has gone from strength to strength. To us, we are Mum and Dad to four wonderful children and we wouldn’t have it any other way. We couldn’t imagine life without each other which is why we are currently going through the process of permanence, meaning we will be their forever home.

Looking after siblings is very important to us. At the start of our training with TACT we were given a short video to watch. It was about siblings that had to be taken into care but were separated. By the end of it, I couldn’t stop the tears from falling. The fear of leaving everything that you know, even if it wasn’t good, and being taken to live with a stranger, is scary. Doing that on your own, without your brother or sister, is terrifying. It was at this point in our training that we knew we had to offer care to siblings.

Becoming a foster carer has been the biggest learning experience of my life. I’ve learned that I’m more capable and more resilient than I gave myself credit for. Fostering is extremely rewarding but you also need to have a thick skin. You will be put in challenging situations but I now know that I’m able to adapt and overcome any difficulties that I face. I also learned the importance of family and having a good support network around you. David and I have been so thankful for those around us – our family, friends and also those who work for TACT.

Fostering has been an incredible journey. Seeing these children reaching their potential fills me with pride. There’s still a lot of stigma attached to kids in foster care and we’ve found that they often think they aren’t good enough or aren’t as capable as other children. When you see them growing in confidence and starting to achieve their goals, no matter how big or small, it’s the best feeling. 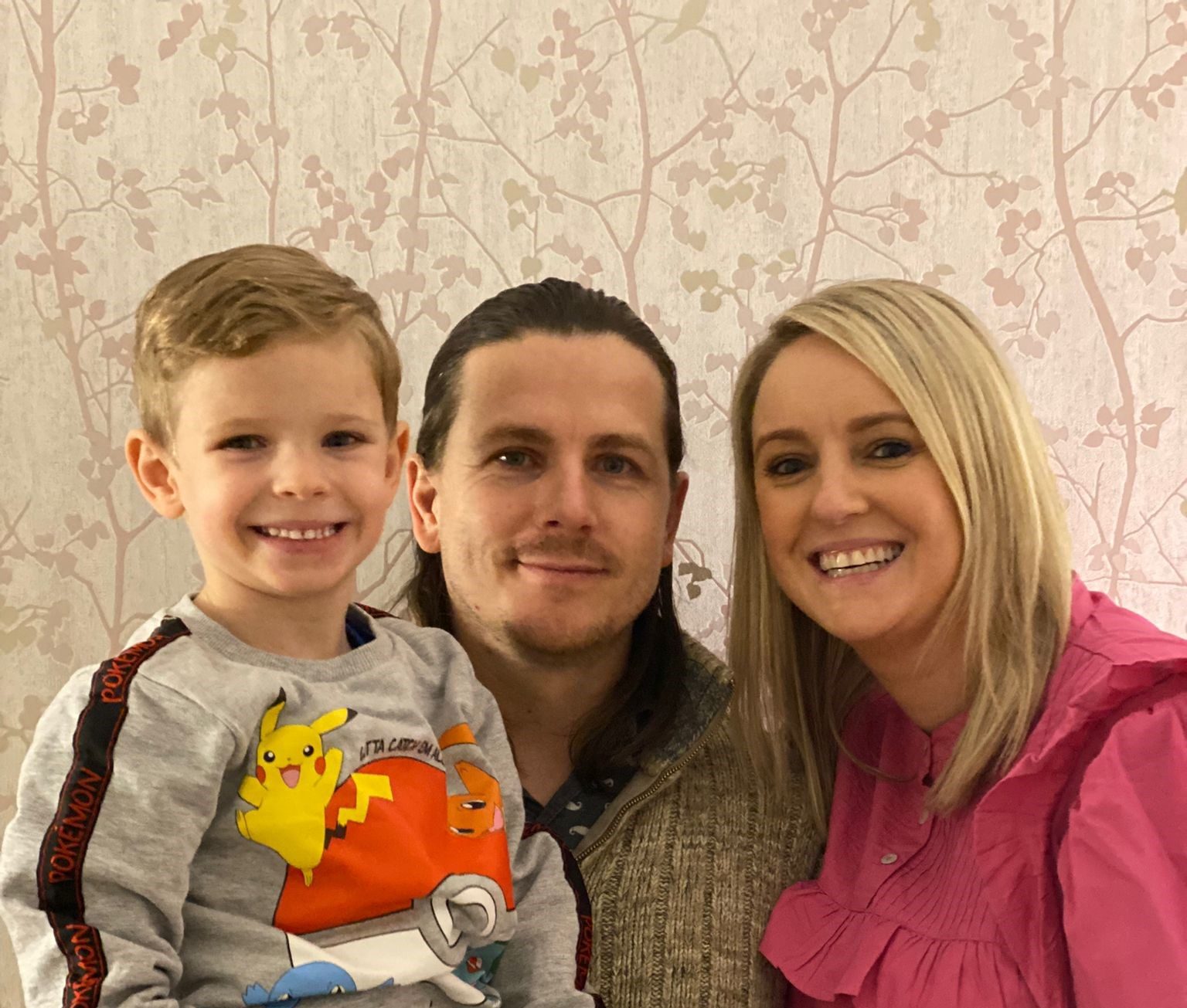