Did you know that owning pets is not necessarily a barrier to becoming a foster carer? Here are some of TACT Scotland foster carers who share their heart warming stories of how their pets have played a very positive role as part of a foster family.

My husband John and I started fostering with TACT ten years ago, when we traded our comfortable lives and successful careers for a house full of children, teenagers, noise and bustle, and we love it!

We’ve cared for 9 children and young people in that time. Currently, we care for a 17 year-old who has been with us for ten years, and two 8-year-old brothers who have been with us for four years. All three have permanence which means they will stay with us into adulthood.

Our pets have played a big role in our fostering journey and we currently have two dogs, two cats and a tortoise.

One of our cats has cerebellar hypoplasia which means her brain doesn’t send the right signals to her limbs and she can be a bit wobbly.

We got Ricardo when our oldest lad was 15 and the younger boys were five and six. I came across Ricardo on a dog rescue site; he had horrendous physical injuries and I just went with my gut,  hope and a prayer that he would be good with our other pets and applied to adopt him.

When our beautiful older dog died I immediately started to look for a companion for Ricardo as he had always been with other dogs and applied to adopt Alma. The boys were involved in the whole process.

Our younger boys recognised the use of the terminology ‘adoption’ and what it meant. They instigated conversations around us rescuing the dogs and them coming to stay with us and how we would all look after them and love them and never let anything bad happen to them. They felt included.

They have been fantastic with our animals, for young children they understood Ricardo needed very gentle treatment, he really was in a bad way. We set them small chores and truly believe they built extra compassion and gentle care from walking the journey alongside us which has grown and grown.

One of the boys doesn’t settle at bedtime until he has his favourite cat up on his top bunk with him and enjoys helping out with feeding and fresh water. The other has an amazing affinity with all our pets. Our old dog Toby was extremely protective towards him, as he was one for falling and bumping himself, Toby would walk by his side as our lad walked with his hand on his back.

It was lovely to see, they had a fantastic relationship, despite having 2 other dogs, he still misses Toby which shows the amazing depth of feelings he developed. Having dogs makes our boys feel safe, especially in early days.

Sadly, while the boys have been with us, we have lost three cats, all 22 years old, and our dog Toby, so they have had to deal with loss. We didn’t hide our grief and involved them, in an age appropriate level, with what was happening. It allowed them to discuss loss and cry, and opened up dialogue on care, age and loss of people as well as pets.

Having pets has helped the boys in so many ways. It allows us to set up routines and allow the boys to care for something else. It also helps because if there was shouting or slamming doors from our teenager, I would show him the effect on our pets. He has ADHD and when he was younger lacked empathy, it was easier for him to recognise emotions in our pets.

Looking after our pets also helps fight against times of ‘can’t be bothered’. Pets need to be fed, watered, kept clean and walked. Just the same as us! They deserve it. Having dogs encourages children to be active and go to interesting places and takes some focus away from themselves by making sure the pets are OK. Of Course the primary focus is to develop relationships and trust with all family members, this happens more naturally with the pets acting as catalysts.

Walking the dogs gives a sense of purpose and allows the boys to meet other people which has been  a Godsend during lockdown. We are always told they have great manners and strong communication skills. It also promotes tremendous pride, they have 2 crazy Spanish rescue dogs who were treated in the most horrific way and we have all worked to make them better.

With regards to our teenager, there have been many times that he had one of his cats behind his closed bedroom door, at times when he thought nobody else understood or loved him. Our boys love our pets, they find it difficult to use the word love when talking about people but they use it freely when talking to or about the pets.

I began fostering seven years ago. We wanted to be able to give a child a place of safety and a loving home to be able to be given the opportunities other children are given.

I have two dogs. Molly is a cross between a Border Collie and a Bearded Collie, she turned 4 in August and she was 5mths old when we got her. She was extremely nervous at first as she had not been treated well or socialised, but has made massive improvements. She just loves playing with a ball all day.

Bertie is two years old and is completely mad and wants to be everyone’s friend. He is a Bearded Collie with beautiful blue eyes. He is a mummy’s boy. I also have 3 rabbits, brothers Bambi and Marshmallow.

We have had a 8 year old girl, who has been visiting us as part of her introduction, before moving in. From the very first visit, the dogs have been a complete success. She just laughs with Bertie, especially when he kisses her.

She has also been gradually building her trust with Molly and has been going up to her slowly and cuddling her. Now she can play with both of them in the garden with the ball. She is really funny talking away to them and explaining to them what she wants them to do. She loves going for a walk with them and just playing with them all day. We started fostering with TACT seven years ago. It was all thanks to my mum, she spotted TACT’s advert in a newspaper, cut it out and gave it to us saying we would make great foster carers. We thought we did a decent job raising our three daughters and we could help other children, so we called TACT and have never looked back.

We currently look after two young twin sisters. When they came to stay for the first time, they walked in very quietly and nervously, and wouldn’t say a word to any of us. Then they heard Molly barking and I asked them if they liked dogs. They both nodded their heads.

I let Molly out of the kitchen and they immediately fell to the floor to pet her, asking what her name was and if they could take her for a walk. Then when they noticed our cat Bowie they almost had a fit! They chased her around until she gave in and let them pet her.

Our pets have definitely helped them settle into our home. It helped break the ice and give us something to talk about in the first few hours. Although they were very heavy-handed with the pets at first, they learned that they had to be kind and gentle with the pets as they have feelings too.

They get very animated when talking about the animals, and say how much they love dogs and cats. They say they were never allowed a pet and asked if Molly and Bowie could belong to them. I told them that as long as you stay with us, they will be yours.

When Bowie the cat got sick, they would just sit with her and have their hand on her. After she passed, they spoke about how much they missed her sleeping beside them. They even offered to get me another cat as I was so upset.

Generally, the girls have been very good, they love the boundaries and house rules and even got involved in deciding them. They love getting involved in family life, and have told people they now have four new sisters. At family events, the twins are always the life of the party they love dancing and mingling. 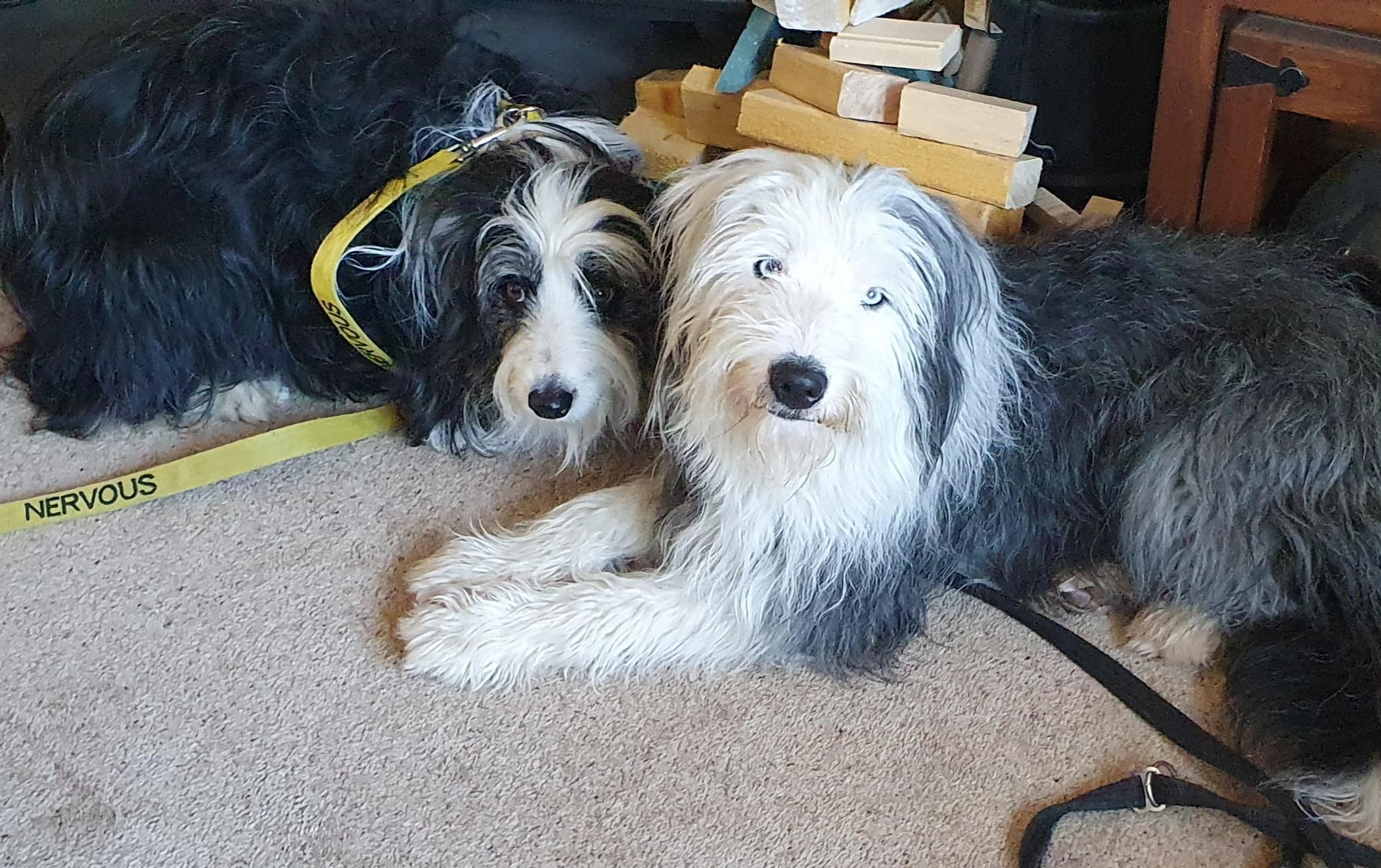