TACT is among leading foster care providers that have offered to house unaccompanied asylum seeking children (UASC) currently under the care of Border Force after Kent County Council “reached capacity” to safely take on any more.

TACT CEO Andy Elvin said: ‘As we can fix this today it is beholden on us all to do so.’

The Fairer Fostering Partnership, whose members include TACT wrote to children’s minister Vicky Ford saying it was “unacceptable” for children to be looked-after by Border Force.

The letter comes after the Home Office confirmed UASC were being housed at the Kent Intake Unit, an asylum processing centre in Dover, after Kent Council became unable to “safely accept” new arrivals.

A statement from council leader Roger Gough revealed that Kent has received 430 new unaccompanied children since January, more than 275 of whom had arrived since May.

The arrival of 13 more children last weekend “tipped the balance and the council simply cannot safely accommodate any more new arrivals at this time”, he said.

In the letter to Ford, Andy Elvin, chair of the Fairer Fostering Partnership as well as chief executive of TACT said members had “foster homes available for these children”, adding: “As we can fix this today it is beholden on us all to do so.”

He wrote: “It is not acceptable that they are accommodated by the Border Force. I am aware that the ineffective application of the dispersal scheme is the issue here. However, that cannot be used as an excuse for vulnerable children to be accommodated in such a manner.

“The children would be distributed across many local authorities if you take up our offer and no local authority will be disproportionately affected. I am sure that your counterpart in the Home Office would also welcome a swift resolution to this issue.”

Would you consider fostering unaccompanied asylum seeking children?  To find out more about becoming a foster carer click here 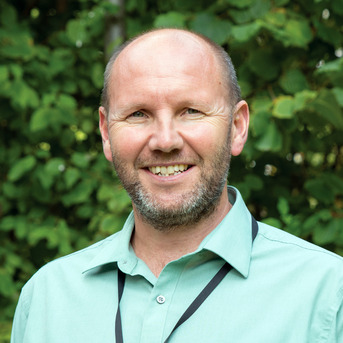