To this day, there remains a lot of false assumptions made when it comes to LGBTQ+ people and fostering. There’s a fear that some of these myths hold back potential carers from applying to foster. So, since it’s Pride Month – a time to celebrate our LGBTQ+ community – let’s break some of these myths down…

FACT: Your sexual and/or gender identity has absolutely nothing to do with your suitability to foster.

Whether or not you can foster depends only on your ability to provide a stable and loving home for a child or young person. There were changes to the law in 2005, when the Adoption and Children Act was passed, allowing LGBTQ+ foster carers and adoptive parents to appear as legal guardians on adoption and fostering paperwork. Since then, there has been a surge of incredible LGBTQ+ carers welcoming looked after children into their homes. It is even widely believed that a higher uptake of LGBTQ+ carers could be the answer to the shortage of foster carers nationwide.

MYTH: Despite being allowed to foster, LGBTQ+ carers will face more barriers to fostering.

FACT: This is absolutely false. In a lot of cases… it’s actually the opposite!

The 2010 Equality Act offered further support for LGBTQ+ carers by preventing agencies from discriminating against them when they make an application. In fact, for a lot of agencies like TACT, LGBTQ+ carers are encouraged to apply due to their unique perspectives and personal understanding of facing adversity and navigating feelings of being marginalised. Three-quarters of social workers thought this open-mindedness to difference and ability to empathise with fostered children was a significant strength (New Family Social Survey 2011).

MYTH: Children need equal parenting from both genders to best develop and thrive.

FACT: There is absolutely no evidence that gendered parenting benefits children whatsoever.

Despite a lot of people still believing children need ‘mum and dad’ in order to thrive, studies show that same-sex parenting has no difference on a child’s physical or emotional health. What children need is a safe, stable and nurturing household where they are receiving love and support, whether that be from an LGBTQ+ couple, a single parent/ carer or step-parents. In fact, there are a range of studies exploring how the lack of gender expectations and stereotyping present in LGBTQ+ households specifically can be beneficial for a child. It is thought to be advantageous to witness an equal relationship where individual responsibilities aren’t determined by gender but instead rely on personal skill and interests.

MYTH: The children of LGBTQ+ couples will have their own sexual and/or gender identity unfairly influenced.

FACT: This is deeply outdated, homophobic nonsense and has zero basis in fact.

This is an unfortunate stereotype pushed by those who wish to discriminate against LGBTQ+ people. Children may look up to their parents, but sexual and/or gender identity cannot truly be steered one way or the other, nor should it be. LGBTQ+ parents & foster carers are only more likely to teach their children to be open-minded and tolerant of diversity in general, as well as give them more confidence to be able to navigate their feelings and be themselves.

FACT: There is no one type of ‘ideal’ foster carer.

Single LGBTQ+ people sometimes feel they will be judged for wanting to foster alone because it is an ‘unconventional’ family format, but the truth is that anyone can foster as a single carer, no matter their identity. Additionally, single men sometimes feel they aren’t sought after to be foster carers because it’s a ‘maternal’ role that needs a woman’s involvement. However, some looked after children hugely benefit from having a healthy male role model, perhaps because they’ve come from an abusive environment that has left them with a fear of masculinity, for example. Every child is different, with a totally unique backstory and reason they may have come into care. The matching process ensures children and young people are placed with carers who can offer the most suitable family environment for them to thrive in.

MYTH: Children raised by LGBTQ+ parents or carers will be more subjected to teasing, harassment or bullying.

FACT: Bullying happens for a multitude of different reasons – what’s important is your ability to help your child cope with it.

This tends to be believed by older generations recalling their own upbringing, where LGBTQ+ people had fewer rights and little acceptance by wider society. Despite the world still having a considerable way to go, things are much better these days and children generally aren’t inheriting as much prejudice from their parents, which is partly due to normalisation in conversations at an early age as well as access to more inclusive media. Of course, bullying still happens, but what is vital is how equipped carers are to help their child manage it. LGBTQ+ carers often do well in this area due to their own experiences of ‘feeling different’ to their peers growing up, enabling them to better advise and properly empathise with children in care. In these cases, children and young people often feel more understood, like their carer truly does ‘get it’. 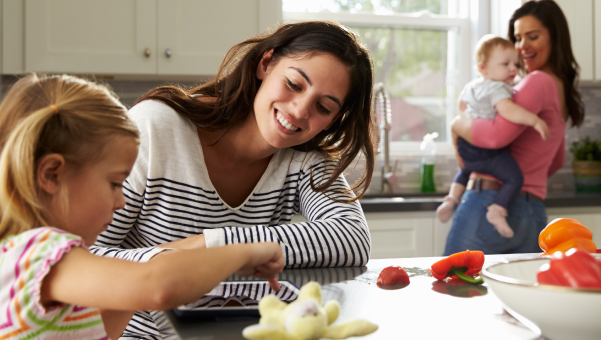