I was put into care due to neglect when I was 15. My mum and dad split up when I was 13 and it hit my mum quite hard. No one intentionally neglects their child, I just think she found it too hard to cope with it all. One day I told my school and they phoned social services.

I had a couple of placements which were tough for me, and originally I was placed with my current carer Natalie on respite for 2 weeks. I was worried about living with a white British family, I thought they might not like me or I wouldn’t be able to fit in.

But when I arrived it was like a breath of fresh air. Natalie seemed nervous, just like me. She introduced me to her family, gave me a tour of my family and showed me to my room. She had set up a DVD player there with a few DVD’s laid out. This small gesture really meant a lot to me. She just treated me like a normal 16 year old girl.

It was half term when I arrived, and she said I could invite a friend round for a sleepover if I wanted. I was gobsmacked, I had only known her for an hour and she trusted me and cared for me. As it was half term she took her children out for the day, to the cinema or to a farm, and she brought me along. It was amazing to experience normal family things like this for the first time.

Day-to-day it just feels normal, but it is crazy when I think how much I feel at home here despite not being related to anyone. Natalie has had such a positive impact on my life. She has a really positive attitude and has pushed me to be as independent as I can. She pushed me to learn to drive, which I never thought would be possible with my disability.

My birth mum had quite a negative mindset and I really doubt she would have allowed me the independence to achieve things like that. Sometimes I wish my birth mum had someone like Natalie growing up, then perhaps my story might have been different. But then I wouldn’t have met Natalie.

Our favourite thing to do together is gossip! Things like “you’ll never guess what so and so was doing!”. Other than that, we also have a kind of book club and watch a lot of crime dramas.

I now want a career in the media as I love talking. I could talk for England! I was doing a journalism degree and there was a radio module which I was dreading. My tutor said I had good voice control and said I should enter a BBC radio competition where we had to tell a story in 60 seconds. He encouraged me to share my story of being fostered.

I ended up being late and getting turned away. But as I was leaving someone ran up to me and said they could fit me in. To my shock I ended up getting through as a finalist. That’s how I went from hating my voice to never shutting up! 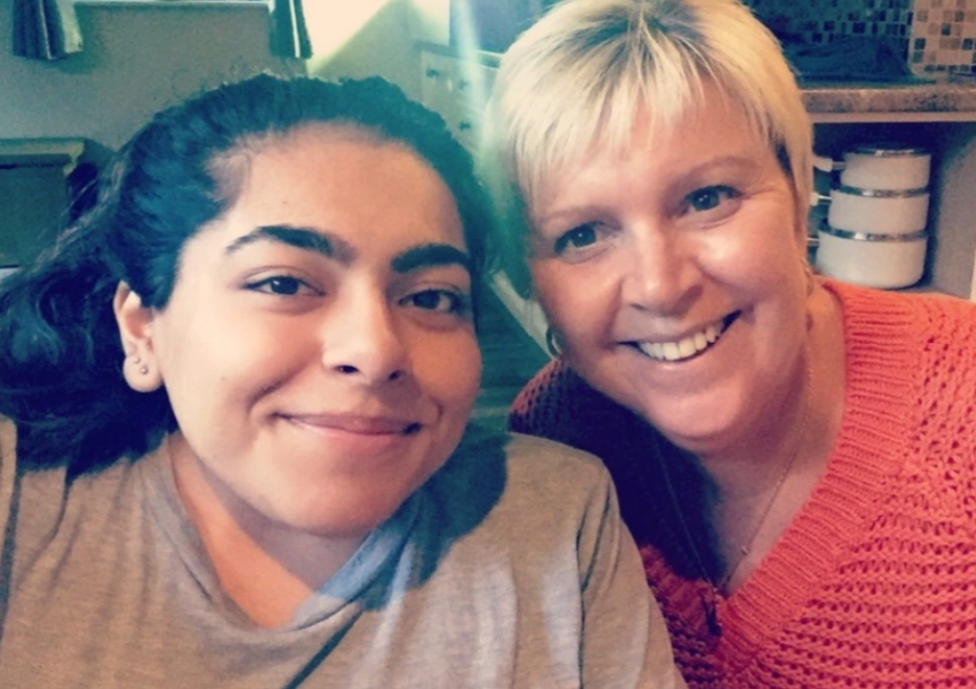