Home > Fostering with us > Foster Carer Stories > “The support we give to the young people doesn’t end when they leave our house.”

“The support we give to the young people doesn’t end when they leave our house.”

My life has always been very child focused. I have a 19-year-old son with my wife Anne who works in childcare, two older girls from my previous marriage and four grandchildren. My brother and sister-in-law had fostered with TACT for 23 years and we often spent time with children in their care. As we had a spare bedroom in our house, we decided that we would love to give a child a chance of a family life, with support and love, and so ten years ago i became a foster dad.

Shortly after we were approved to foster, we received a phone call regarding a young man from Afghanistan who was at a police station after being found on a lorry. We only had 15 minutes notice before a social worker brought him to our house so we quickly put fresh bedding on and waited. To say we were nervous would be an understatement.

This boy came to our house with only a plastic bag containing a few clothes given to him by the police, and he had no knowledge of English. We did our best to make sure his needs were met and we learnt a lot very quickly. First, we went to our local mosque where we found help and advice from some lovely people. Then we visited a halal shop where we received tips on what he could and could not eat. Finding him a school was particularly difficult as not many had places available, and the fact that he didn’t speak or write much English made it even more complicated.

However, I did my best and phoned and chased people until a place was found. When children are in my care, I will always do all I can to support them and get them the best outcomes possible. As three out of four of the children we have cared for were unaccompanied asylum seekers, being their foster carers meant taking them to legal meetings and supporting them throughout intense and stressful times. The list of processes we have had to undertake when a child moves in with us could be very long, but the way I look at it is just the same as with any other family member. You fight for them to get what they need.

Being a foster carer means everything to me. I have loved helping the children in my care, supporting them and watching them gain confidence and achieve great things at school. This doesn’t end when the young person leaves our house. We are still in touch with all our former foster sons. They know that we are still here for them and they are welcome to pop in anytime.

I am proud to say all the boys are doing well in life. Our first foster son has his own family now and he still calls us mum and dad. The second one is working really hard but makes sure to find time to come visit us. Our third son received his leave to remain status last year and he is now studying for a degree at university.

Our own son is now 20, and to him the boys are just like family. I still remember when our first foster child arrived at the house, the two boys spent the evening playing on a game console. No talking was needed, they were communicating as children do.

I would recommend to anyone who is considering fostering not to overthink it and just go for it. And when you get that phone call about a child that might be placed with you don’t listen only to negatives. All children are different but they have one thing in common – they all need support and a family. 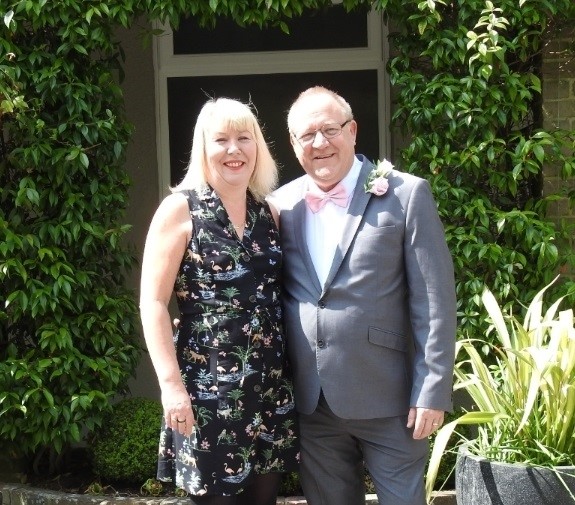