Home > Fostering with us > Carer stories > “Having a full home can get chaotic, but we love our big family.”

“Having a full home can get chaotic, but we love our big family.”

Charles and I started thinking about fostering around seven years ago. We had been together for around 18 years, we had a big house with spare rooms and a lot of love and attention to offer. Most importantly, we wanted to give a child an opportunity to have a better life.

We looked at several fostering agencies and decided to apply through TACT which was relatively new in Scotland at that time. The application process took six months and it was intense, but we had nothing to hide and we understood that all potential foster carers go through this rigorous process. We officially became TACT carers in July 2013 and started to care for our first foster child shortly after.

This lovely six-year-old boy came into care due to neglect and he was only supposed to stay with us for three months while his mother was working on her parenting skills. He moved into our big house and we spoiled him and made him feel special because he was a great child and we loved him to bits. We had a great time together, we went to Zoos and parks, and I believe we taught him a lot. In no time he began to feel very safe and secure and he grew to love us too.

Having gained so much of his trust, he began to share some horrendous stories from his past including disclosures about serious abuse. His difficult childhood experiences made him sometimes think he was a bad boy because he had done some bad things, but we made him understand that he really wasn’t a bad boy at all. He just had some bad adults in his life, unfortunately.

It became apparent that social services had not originally realised the scale of the problems that this wee lad had, and they conceded that he probably should not have been placed him with us as first-time carers. Therefore, after 20 months, he was moved to different foster carers who had experience of caring for children who have experienced a high level of abuse. This was a positive outcome for the boy, but an incredibly difficult time for us. However, we like to think that we made a difference to this little child and thanks to us, he was in a better place in life.

After that heart-breaking experience, we decided not to foster ever again, thinking that was it. Then, TACT asked us whether we would consider giving a permanent home to a brother and sister aged 10 and 13. Their plight touched us and we decided to give fostering another go.

When these children first came to us they had a lot of anger in them. Their father passed away, their mother couldn’t take care of them and they had been in the foster care system for eight years moving from one carer to another, and experiencing neglect in their previous foster home. They had been let down by the system.

The boy was particularly angry, he wanted to punch walls, he wanted to fight, he didn’t like social workers, teachers or the police, and used to get into a bit of trouble. He was frustrated with the care system. On the plus side he was self-motivated and had achieved very high levels in sport which was sadly unsupported and all his achievements he had, had been done mainly on his own. I think he expected to be let down yet again. Luckily, he soon understood we are not going anywhere and we were committed to giving him all the support he needed and a permanent loving home. Now, nearly four years later, he is thriving. He is doing very well in school and is working hard towards his new ambition to become a police officer!

His younger sister used to be very shy as she lacked self-confidence and sadly lacked friends. As Charles is a professional hairdresser, he gave her lots of support and a complete makeover which she loved and she is now a trendy young lady who has many friends, she takes pride in her appearance and she is also doing very well at school.

In the middle of all of this, Charles and I decided to get married, we thought that if we wanted to give these children permanency, we should have some in our lives! It was such a lovely ceremony, with the children as our ring bearers.

I am so happy we decided to welcome these children into our lives because they love us to bits and we love them too. They don’t see themselves as foster children, they are just normal teenagers with two dads. When our son was asked how he feels about having two dads, he said he didn’t have any dad before, so it was quite cool to have two now!

We also have a twelve-year-old boy living with us at the moment. He came as an emergency placement, but it’s been a year and he is still here. He used to be a very angry lad but the positive change in his behaviour has been incredible. He used to be a little jealous of our other two children, and the fact that they have a permanent home. He was quite cheeky towards them and required a lot of our attention. However, they now get along much better and our older son even said he would find it upsetting if this boy was moved because he is now a part of the family. We feel the same way, and we are very lucky to have three well-adjusted children. Of course, they can be challenging, and having a home full of three children and three dogs can get quite chaotic, but we love our big family.

I would recommend anyone who is thinking about fostering to get in touch with TACT. Throughout the years, we’ve received a huge amount of support and we have been lucky to have such caring social workers. Remember to keep an open mind, and try to offer these children stability so they know you are not going to turn your back on them the minute they misbehave. Seeing them develop into these wonderful people is absolutely worth it. 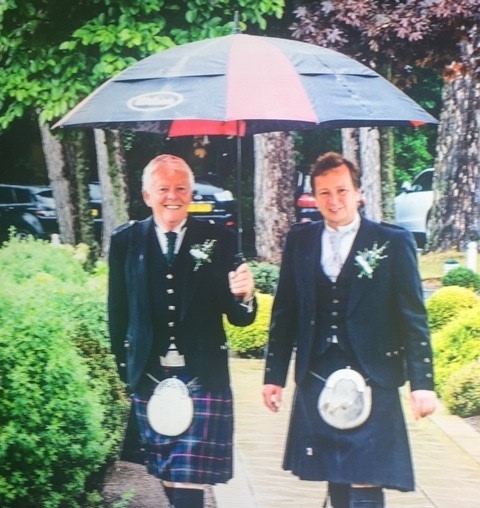