Home > Fostering with us > Carer stories > “All families are different, but the most important thing is that there is love.”

“All families are different, but the most important thing is that there is love.”

After playing a significant role in the upbringing of our nieces and nephews and always having a great relationship with them, we decided we really wanted to have a family of our own. Being a young LGBT+ couple, we knew that it would be difficult to have children of our own, so we explored different options before deciding to become foster parents.

After doing some research, we found that there were so many vulnerable children out there that needed a loving caring home, and we felt we were in a position to offer that. With the skills that we have gained from working in the care sector with children that have complex needs, we had a good idea of what it would take to support vulnerable children and give them a healthy, stable home full of love, support and kindness.

Before starting the application and assessment process, James and I did have some anxieties over whether being a gay couple would be a barrier to us fostering. However, our fears were soon allayed by speaking to TACT, the organisation we are fostering with. They assured us that being a LGBT+ couple would never be a barrier to fostering – as long as we could offer the necessary love and support to a child, TACT were happy for us to go ahead.

Since being approved as foster carers, we have cared for two children on a long-term basis. It’s been amazing to see the young people in our care grow and develop life skills. The first child we fostered had previously had lots of difficulties trusting people, so helping him to break down barriers and build up a level of trust with us was one of our greatest fostering successes so far. Seeing him perform in his school play was a really proud moment for us; we were thrilled to watch him come out of his shell more and see his personality blossom.

The difficulties surrounding trust were however also some of our biggest challenges during his time with us. Although we tried to have as positive an influence on him as possible, it was difficult sometimes to see this young man try to isolate himself and go back to square one. Nevertheless, we felt that we were slowly but surely having a positive influence on his life. As much as we were teaching someone life skills, we were learning from him as well and becoming better foster carers.

The next child we cared for arrived at our house a year and a half ago. When he first arrived, he was so quiet, anxious and really underweight. He is on the autism spectrum and has learning difficulties, so initially it was a difficult transition for him.

However, he has come on leaps and bounds since staying with us. He is doing great at school and has made loads of great relationships with his peers, something he previously struggled with. It’s been incredible to see him come out his shell, and his personality and sense of humour is infectious. He is a joy to be around and you can’t help but smile when you’re with him. His favourite thing in the world is watching movies. He has a vast collection of DVDs, which he is really proud of, and every Saturday night we have family movie night.

Fostering has definitely had a hugely positive effect on our day-to-day lives and we absolutely love being a key part of the young people’s lives. Of course, it can be challenging at times, but we have stuck together and made the right choices together. Watching each other in the parenting role and seeing how loving and caring each other are to the young people has made us fall deeper in love as a couple.

Being a same-sex foster couple has never been an issue. Sometimes, our relationship might come up in conversation with the young people in our care, but we don’t mind answering any questions and would prefer to talk openly and honestly with them. All the young people we have cared for have understood that some people have a mum and a dad, some have a mum and a mum, and some have a dad and a dad. All families are different, but the most important thing is that there is love.

To any other LGBT+ couple who has thought about fostering – go for it! Never let being part of the LGBT+ community hold you back from doing anything. We’ve always been treated equally and as part of the TACT family, which has led to some incredibly rewarding and proud moments for us as foster carers. Fostering has been the best thing we have ever done together, and although there are occasional bad days, there are many more good days, and we wouldn’t change it for the world. 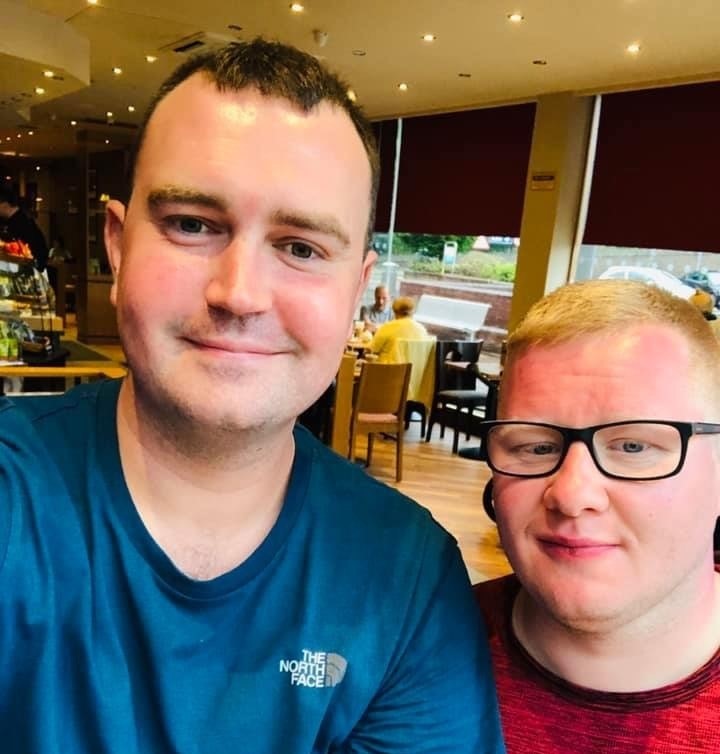